Which is more financially secure?

A) A great job with a big salary and stock-options, or
B) A business or career with 1,000 loyal customers, clients or fans

We all know that traditional jobs are less secure than ever before. On top of that, the longer you work at it the harder the fall, and the tougher it will be to start again. After all, nobody wants a redundant middle-aged middle-manager.

If you put the same amount of time and effort into building an independent business or career around a core group of loyal customers or fans then you’re increasingly more likely to create financial stability and security for yourself and your loved ones.

Of course, neither way is easy or fast. The question is, in which direction should you be investing your time and effort?

Most of us (who grew up in the last century) have been conditioned to think there’s only one way to succeed in terms of financial security.

Namely, to get ‘picked’ by an employer, record label, publisher or venture capitalist who promises to help us win the big prize or (more likely) the consolation gold watch after 40 years of trying.

Today, a record label, publisher or VC will not pick you unless you’ve already proved yourself. Even then they’ll pull the strings and keep the bulk of what you earn. Employers are the same until they outsource or automate your job.

So what’s the alternative?

If you want to create long-term financial security then as James Altucher says, you need to ‘choose yourself’. As a triple bonus: you can do this while doing something you actually believe in, and retain more control over your work & life, and keep more of what you earn.

This means starting or ramping up your own business or independent career.

While we’ve been brainwashed into thinking this is the most risky thing we can do, the irony is that as traditional jobs and gatekeepers fade away, the opportunities to make our own way have never been better.

To paraphrase what Seth Godin has written about many times, ‘Safe is risky, and risky is safe’.

The problem is that we’re held back because we can’t see a path to creating the financial security we need by doing it ourselves.

Kevin Kelly came up with the concept of 1,000 True Fans with his seminal 2008 article on his blog.

Kevin’s breakthrough insight is that the technology now exists to let any of us find and connect with our own natural supporters or fans. And, to make a living we don’t need a million, just a 1,000.

The idea is that it’s a perfectly reasonable goal to make a living by building a fan base of 1,000 people who know you, like you and trust you enough to want to buy everything you produce.

An important caveat is that you need to have the talent, or product or service that enough people want.

If you’re thinking that ‘making a living’ is too low an ambition then think of it as an essential stepping stone to where you want to get to financially.

Kevin used the example of an independent musician but the concept applies equally well to small business owners and startups as much as it does as to authors, artists, comedians & professionals.

How much is enough?

Think about how much each fan (or customer or client) would need to spend over a year for you to make a living. Let’s say each fan spent $50 each year, then with 1,000 true fans you’d make $50,000 over the year.

$50,000 dollars a year is more than the median personal income for anywhere in the world.

Why does this matter?

Much easier to focus on building up to 1,000 clients, customers or fans. The true fans are the ones who like what you do so much they’ll keep buying from you.

If you’re a musician, then these hard-core fans will go to every concert they can, buy every CD, and every tee-shirt.

If you’re an author, they’ll buy every book, come to every talk.

If you’re a consultant, or accountant, they’ll ask you to quote every time they have a problem they know you can solve.

If you’re a bespoke jewellery maker, they’ll come to you every time they want a new set of earrings for a big anniversary, or business deal.

If you sell software as a service, or any other form service with a recurring revenue model, then what would 1,000 ongoing paying clients do for your cash flow?

No, the exact number is not important. The right number for you could be more or less. The key point is that it doesn’t have to be huge, like a million.

To find the right number for you, first pick the right niche – or look at the one you’re already in. This is your target market.

Whatever you do, avoid the mass middle. As Seth Godin tells us in We’re All Weird Now, the mass middle no longer exists. Instead, we all buy from a virtually limitless spectrum of smaller and smaller markets.

Your niche could be anything from selling digital security consulting to Fortune 100s, to self-published Kindle eBooks on how to kick bad habits.

Then, divide your target annual income by the amount you expect a true fan to pay you per year, to get the number of true fans you need. Say you charge $50 for a widget, then you need 1,000 true fans.

At one extreme, if you’re a consultant selling services that tend to last an average of 12 months for $50,000 then you need one client per year.

But, to avoid unwanted breaks, you need to have several dozen past and potential clients who totally trust you, and will engage you when they next have a problem for you to help them solve.

So, you need perhaps 90 to 100 ‘true’ client contacts that you’re constantly working on to keep top of mind so that at any point you have a virtual waiting list of ready-to-go projects.

At the other extreme, you might be a self-published author who sells eBooks for an average of $6 on Amazon.

Of course, there are many variations in between the consultant with her 100 true clients, to the author and his 12,000 true fans. And that’s the point….

1,000 True Fans is a way of thinking to help you get unstuck and hopefully inspire you to think (and act) positively.

A true fan will need to get to know, like and trust you. That means the more direct and open a relationship you have with them the better.

Having a direct relationship with your fans is what makes it possible to earn their trust. But it also means you can minimise costly middle-men and keep more of your hard-earned cash.

For every true fan, as Kevin Kelly points out, you’ll need lots of lessor fans.

Some of these lessor fans will be on the way to becoming true fans, and some will tell their friends about you, some of whom will go on become true fans themselves.

Many of these lessor fans will also buy from you from time to time.

It takes time to build your fan base of lessor and true fans and the best time to start was probably 10 years ago. No matter, the second best time is now.

The trick is to build a platform that lets you reach and connect with potential fans over time. The aim is to build a direct relationship with them to earn their trust and loyalty.

Your platform is your overall online presence on your own & other websites, social media, powered by the tools and techniques you need to build a direct relationship with a growing & profitable audience.

My free eCourse spotlights the 10 most common mistakes (and how to avoid them) that people make online when trying to build an audience online for an independent business or career. Click here to start right now. 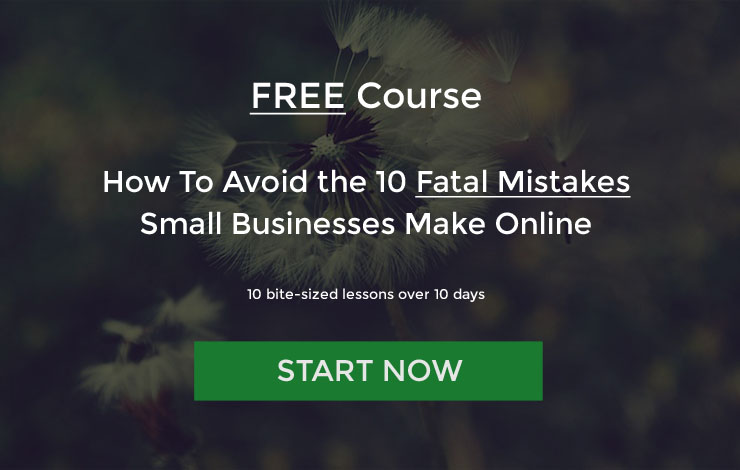